Windows 8 in the Mobile Enterprise

Windows is Windows right!? Each version has had some level of backwards compatibility so you can run an app built for XP on Vista or 7, or in the mobile enterprise Windows Mobile 5 on 6.5, give or take a few tweaks depending how the application was designed. Windows 8 will be the same? 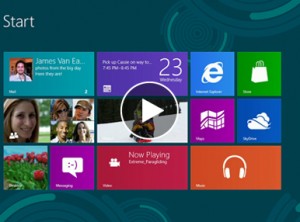 At the moment it’s difficult to know exactly how Windows 8 will perform, especially when looking at the mobile market for WOA (Windows on ARM), which is mobile devices running Windows 8 on ARM processors. This is because the hardware isn’t available yet. Manufacturers are hard at work creating hardware from scratch up just for WOA.

The devices themselves will share a wide amount of commonality with the full Windows 8 Desktop OS, bridging the gap between the two, but with the aim of the best of both worlds. That is combining the reduced footprint of Mobile with the features of a desktop OS. But the issue here is there will be no third party desktop applications. Applications have to go through the store, which become Metro (design language Windows 8 is based upon).

Rugged PDAs running Windows Mobile 6.5 may have to stay on Windows Mobile 6.5 for a while longer. Embedded versions of Windows Phone 7/8 are in the Microsoft road map later in the year but with no release dates the Mobile Enterprise market may have to wait. Not confirmed, but Windows may move away from the Compact Framework in the next release. Until Microsoft do confirm this there is little point worrying about it, but if they do it may mean challenges for a huge host of major players in the Mobile Enterprise.

Looking more at the Windows 8 platform as a whole, it is a cross device platform all linked via a Windows Live account. This means your “Live” content should be accessible from any Windows 8 device. Keeping the same OS layout over multiple devices will mean overall ease of use when switches between form factor.

Windows 8 32-bit & 64-bit based offerings on Intel/AMD will be released around October. Intel are currently working on optimising their processors to work with Windows 8 tablet machines.

Applications that were previously installed on Windows 7 can be installed in Windows 8 using the desktop – There are two types of GUI, the metro style block apps and the standard Windows Desktop. If already using Windows 7, a jump to Windows 8 shouldn’t be too much of a struggle. It should be an improvement.

At the moment it seems the Mobile Enterprise won’t be affected until the new release of Windows Mobile is launched. Microsoft’s goal appears to be taking some of the tablet market Apple & Samsung have dominated.

The key question is: As Android starts to become a consideration in the Enterprise market, is it worth waiting to see what Microsoft come out with and stay on Windows Mobile 6.5?