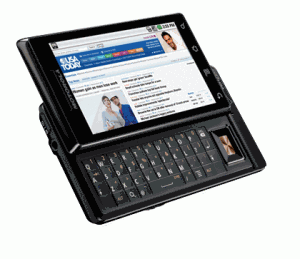 Things move very fast in mobility so lets take a look back at what were some of the top mobile stories of 2009.

This was an era when nearly a quarter of all PC sales in Europe were made up of sub laptop devices called “Netbooks” sporting mini screens and tiny keyboards. Rumors were swirling that Apple intended to bring out a device called “iSlate” a consumer grade breakthrough tablet to sell alongside the iPhone and iPod. Many commentators decided this was never going to happen including this hilarious article from PC World

Navigation for the Masses

At the time Apple limited users to expensive options from TomTom or CoPilot. When Google Launched Google Maps Navigation a whole new functional area was born. This enabled Android users to use navigation straight from their phones and thus consigned many dedicated GPS navigation units to car boot sales.

Early in 2009 if you had a “smartphone” it was probably a Blackberry who had 55% market share in the US 20% globally and strong financials. If you were still using a plain cell phone it was likely to have been a Nokia who at the time boasted 41% world wide share. Later in the year one survey figured that 39% of people had a smartphone Blackberry still accounting for the largest portion of U.S. market share with 50% followed by Apple at 30% Palm with 7% and Android around 3%.

Adoption is now well over 50% in most markets with rates in some counties breaking 80%. In 2017, IDC expects that 1.7 billion smartphones will be shipped.

You all know what became of Blackberry and Nokia…

It took a while to get off the ground but 2009 was the year Android went mainstream. All of a sudden it was obvious that the iPhone was not the only cool handset with built in music social media and the ability to browse the web.

The Motorola Droid got a lot of headlines and was a bestseller in the US but HTC Samsung and Sony all had success with early versions of devices on Android platforms.

We take this increasingly for granted but the development of mobile devices has led to huge innovation in battery technology to drive such features as LTE, Wi-Fi, Video,  Cameras GPS and those huge bright screens.

At the launch of the Galaxy S5 earlier this year Samsung boasted of a 2,800 mAh battery that the company claims can deliver 11 hours of video playback or 10 hours of web browsing over LTE.

So what can we learn from the top 5 mobile stories of 2009 ? Things change fast and innovation and good timing can often by key to the success of new products.  If you are into crystal ball gazing mobile technology it may be safe to make a prediction 12 months out but 3 to 5 years is much much more difficult.

Get in touch to learn more about our approach to building effective solutions for enterprise mobility. No crystal ball needed.