Skip to content
No products in the cart.
$0.00 Cart 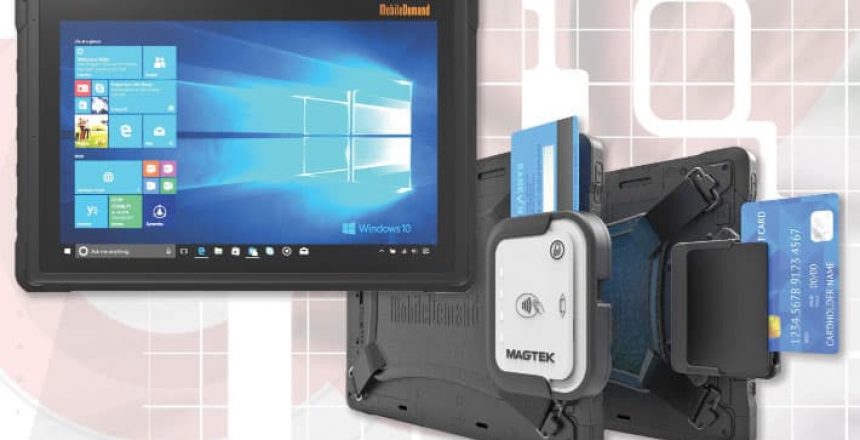 We are planning  a number of major additions to our MobileDemand Rugged Tablet portfolio before the end of 2021. The first one landed last month and adds a new feature packed 10″ device to the range including 3 in 1 point of sale, module thin IP65 construction 8GB/128GB high capacity battery, 4G comms and a 800 nit high definition screen. Rugged PC Review were given an early sneak peek in advance of public availability.

It isn’t easy to design a tablet these days. The screen should be as large as possible, the tablet itself as small as possible, it should be as thin and light as possible, and also as versatile and resistant to damage as possible. That doesn’t leave much room for innovative design, a trademark look, or anything else that distinguishes one tablet from all the others. So it becomes details and execution that matter, and making the most of the slender boxes that all tablets are today.

Within these constraints, MobileDemand did a nice job. The T1190 clearly looks like a rugged tablet, but MobileDemand made optional the corner bumpers that often make rugged designs look bulky. This way, users can get them if they need them (not everyone does). The screen has a 5/8-inch bezel around the LCD so it works well with capacitive multi-touch. The applied screen protector doesn’t easily smudge and offers just the right amount of stiction. The on/off/sleep button sits alone, so you won’t push it by mistake. There are just three status LEDs: power, battery, WiFi, all nicely marked. No need for more. The Home screen is elegant and attractive.

The xTablet T1190’s 10-inch screen is, of course, much larger than the biggest smartphone. It is big enough to relatively comfortably use Microsoft Windows, but not so big as to make the tablet unwieldy. It IS substantially larger than a 10-inch consumer tablet, with the extra size due to strong, rugged build, a lineup of wired ports and a good deal of integrated functionality. The display’s 16:10 aspect ratio is pleasing to the eye, between the iPad’s squarish 4:3 and the overly wide aspect ratios favored by many non-Apple tablets and almost all smartphones.  Read More

To learn more read the Review take a look at the Specs or get in touch with us to arrange a webinar or meeting about the New xTablet T1190.