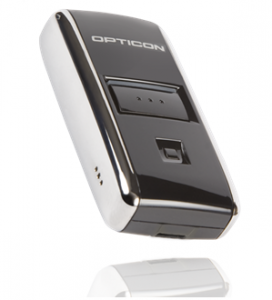 Are your staff using smartphones or tablets for day to day apps. If they need to scan significant quantities of bar codes they will face a common challenge.  The camera is great for selfies but not really designed for volume scanning and can be slow and a real pain (literally) If so, its time to add enterprise grade companion scanning to any mobile device.

Devices with integral scanning tend to be purpose built rugged and expensive. The need to scan frequently is often the function of a repetitive work process such as parcel delivery. So in a BYOD environment or where the users have devices that do not feature integral scanning products like the Opticon range are a straightforward and economic way to add 1D or 2D bar code scanning without interfering with your app or installing any fiddly drivers.

Watch the video to see how easy it is to Connect to your smartphone or tablet in a few moments using Bluetooth. A scanner like this is about the size and weight of a desktop mouse making it very easy to use pop it in a pocket or use a lanyard.

“Companion scanning provides a cost effective, easy to use data capture solution when paired to a smartphone or tablet device. Using the technology is simple; you just point, click and scan. Companion scanners like the OPN-2006 are small, lightweight and ergonomic in design which makes it very simple to carry, use and store the device”

How many scans a day are too much for a camera on a smartphone or tablet? Tough question the answer is that once the user starts to comment about how ergonomically unpleasant the task has become its time to do something else !

Need to scan bar codes – ditch the camera get in touch to add enterprise grade companion scanning to any mobile device.

Subscribe to our Blog in a reader Or by Email

We see barcodes all over the place in retail to courier boxes from cereal boxes to prescription labels and from envelopes to electronics – it seems like barcodes are everywhere.

When Alan Haberman pioneered the use of a UPC barcode in his grocery business he kicked off not only a revolution in inventory management and the supply chain but also made a step towards the metadata overlays of physical items and information we now call the internet of things.

But what do those black lines and dots mean? Much like the URL of a web site Barcodes themselves do not contain descriptive information but a number plate that links to a reference which is looked up in a database that then contains the data required.

There are two major barcode types one and two dimensional. One dimensional (1D) originated from the original barcode concept and are even today are the most commonly used. Codes are made of a series of vertical lines/bars and spaces of varying widths. The X dimension being the width of the narrowest element. These bar and space combinations are strung together to represent different characters.

Two dimensional codes use a series of dots, blocks and other geometric shapes into a square or rectangular pattern. 2D barcodes are generally able to contain much more information than 1D. Where a 1D barcode code contains a small number of alpha numeric characters digits, a 2D barcode such as a QR code may contain thousands of alpha-numeric characters.

In each category there are many different designs that have been designed over the years for various applications. The seminal read in this area is The Bar Code Book by Roger Palmer. It was last revised in 2007 before Rogers retirement but is still an excellent read. There are also many sites on the internet to barcode and its uses.

Barcodes have become so widespread that for many users their use has become a compliance issue. GS1 develops and maintains standards for supply and demand chains across multiple sectors. They are also good at explaining the impact of barcodes.

In either case codes need to be machine read by something. Traditionally this was through a laser based scanner. Shipments of this sort of scanner have declined in recent years as imaging based technologies have grown more popular.

For ad hoc use you can download an app for your smartphone that will read both 1D and 2D barcodes through the camera. If your application is such that you need to scan barcodes in volume a device with a specific barcode scanner/imager and perhaps with a trigger handle will be more ergonomic for the user.

Back To Basics – Popular Barcode Types 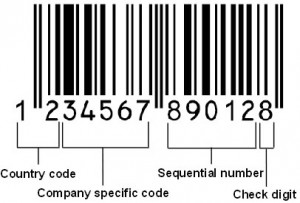 EAN 13 similar to but not quite the same as Universal Product Code (UPC) which are both standardised for retail and food sales. It is the code seen on virtually every product you buy in the retail supply chain. It uses 12 digits numeric only sequence represented by bars and spaces of four different widths. UPC is a subset of the International Article Number system which includes an additional check digit.

Code 39 was invented by Intermec Technoloies in 1966 and is still used primarily forinventory and manufacturing applications. Each character comprises nine bars and spaces, of which three bars or spaces are wide and the remaining nine are narrow. Code 39 supports 43 characters: 0-9 A-Z and several special characters. There is no predefined limit to the length of code 39 barcodes which may make it unsuitable for some applications where the code length would be too long.

Code 128 is often used in shipping and parcel delivery applications. Code 128 is more compact that Code 39 and uses all 128 ASCII characters and includes a check digit. 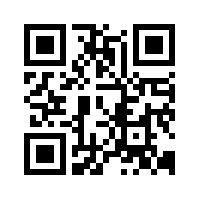 The QR code was invented by Toyota for the automotive parts industry. They can be seen in use extensively in advertising entertainment and promotional applications. Helped in great part by Smartphones with built in cameras. QR codes can contain alphanumeric and bit/binary as well as Kanji.

Decades on from Alan Haberman the scanning of barcodes at a supermarket has become commonplace. The legacy of that first depolyment is in having more scannable items in the Internet of Things Ecosystem. Recognising the different types and uses of these barcodes will help you in identifying not only which style will work for your project but also which method of scanning will be most suited to support them.

Whats next for barcode? maybe the future is a scanner on everyone’s Google glass ?

Why Barcode is Still a Great Idea For Mobile Inventory

There cannot be many inventions that are so simple yet so effective as the humble barcode. It’s beauty lies in its simplicity, its strength lies in its flexibility. They enable quick and precise identification in all types of businesses which is why barcode is still a great idea for mobile inventory.

Just about every company and especially SME’s have had to get used to smaller profit margins and more competitive markets. Whatever your field based application be it Pest Control, Route Accounting Field Service or Facilities Management the inventory control of stock in vehicles and with workers in the field is a key area.

Getting a handle of what is in the field can be the first step to being able to control the costs of what is issued to mobile workers what they use and keeping track of what they return.  Having the right items on hand when they are needed is an excellent way to avoid the additional costs that come from not being able to do a first time fix or having to re-visit days later. Using barcodes can help promote proper mobile inventory management.

Keeping track of things on paper is time consuming and manually entering inventory numbers on paper and then re-keying them into a database or spreadsheet is prone to error. Scanning a barcode reduces the administrative time it takes to track an item which will probably be keyed into a database system anyway. Scanning an item into stock and then moving it through the process from inventory to shipping to invoicing as well as ordering replacement stock can be automated saving time and reducing errors.

Barcodes are accurate and enhanced by positive product identification. Items cannot be misidentified by workers or customers reducing the opportunity for mix-ups or theft. Whenever there is a need to accurately identify or track something use a barcode!

Using barcodes is not a new idea but one that still has huge upside for businesses with inventory deployed in remote locations or in vehicles. It is not uncommon for a service engineer to be carrying around thousands of pounds worth of spare parts on a van with little or no ability to immediately reconcile what is present or what parts are on hand to deal with a call out. Same can be true in merchandising and pest control appliactions

Key Point: The low cost of equipment and consumables generate great additional benefits and superb levels of return on investment for your enterprise mobility project.

Read more the history of the Barcode.

There are many cost effective ways of extending your mobile system to include barcode. Get in touch to discuss the options.